How to apply for Ration Card Online - Civil Supplies Officials


In a democratic country like India, every citizen has equal right and deserves equal opportunities to share irrespective of any discrimination. Indian citizens are privileged with certain rights which the Government of India has rendered them; whether they belong to the upper class or middle class or lower class. Every Indian citizen are entitled with these rights assigned to them. On an additional, some more privilege is given to those belonging to the reserved class such as Schedule Caste, Schedule Tribe and Other Backward Classes. 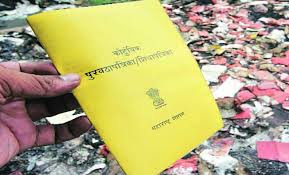 
Among these special rights are the right to vote which is granted through the issue of a voter card and the right to get the subsidies provided to them by the government which they can avail through a Ration Card. In fact, for those belonging to the lower class; the collections of these subsidies like kerosene oil, Rice, Wheat form an important part to continue their livelihood. But there is also a right possessed by the government to get an idea about who is availing these goods and in what amount. So as to get this information, the government itself has come up with the issuing of Ration card which helps them to get a detailed record of the number of citizens registered for availing the subsidies of which the government supplies.

Importance of having a Ration Card


Officially termed a Household Consumer Card by the Government, this card is commonly known as PRC or Permanent Ration Card. This fundamental card is issued by The Indian Public Distribution System, who is responsible for its issuance to the citizens along with the functions related on satisfaction of the eligibility criteria. The main motives related are:


As mentioned in one of the preceding paragraph, the Ration Card is available to only those who have fulfilled all the related criteria. Moreover these cards have special division related to its issuance that depends for which category of people it is issues. Normal Permanent Cards are issued to those belonging to General category, those belonging to below Poverty line families get a yellow or Red or Green coloured Ration card depending on the state whose resident they are. On the other hand, Blue card is offered to those families who are deprived of LPG connection. This card is an allowance certificate for them to avail the Kerosene oil which the government supplies them. Temporary ration cards have recently come up into use and have a limited usage of a few months.

Criteria to be fulfilled


If you are a permanent resident of the state where you are born and residing, you hold the right to attain a ration card of the same state. For the issuance of the card, either the individual or any of their family members has to make an approach to the Inspector Food & Supplies or District Food & Supplies or to the Assistance Food & Supplies Officer with a written application for the same. This application and registration process varies from state to state and usually takes time for a minimum of 15 days on an average; which also varies depending on the functioning of the specific regional office, to which the application has been made. The D-1 form is issued to the applicant for making the application; who is charged around Rs 3- Rs 15 for the same.


Keeping in mind the hassle filled lifestyle of the modern generation, the government of India has come up with online application process for making application for the issuance of Ration card. For the same as well as the manual process, you need to deposit few documents which include:


For those willing to make an application online, must go through the official online Ration card website of their respective state where from they can avail the application form online through their official portal. After the application has been made, the list of the applicants is sent to the MRO office of the respective region that later passes it on to the revenue department to make an enquiry for the same. On satisfaction of all the requisite documents needed, the ration card is issued within a period of 15 days.