The Aadhar card was introduced with the sole idea of giving each and every resident of India their individual identity, and making their identity unique from each other. It was also built with a concept of providing an immense security to the personal data and also extreme easy postcard distribution services. 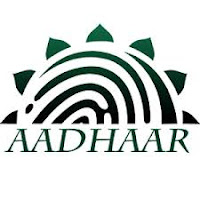 The best part of this card is that it is not only eligible for the adults but also the children. As children too are residing in India, thus they too have an equal right to be considered a citizen from the time they are born, itself. For more information, you can log on to https://uidai.gov.in/faq.html?catid=18

The process of enrolling a child below age five:


The documents to be provided for the child:

Things that help if known beforehand:

Post you may like to read: How to get Aadhar Card Status Online as per UID Guidelines


Initially, the children were also supposed to provide their biometric data, later it was found that making a child still for photographs were becoming extremely difficult. The children were then given a relaxation period of five years.