Voter ID is an important identity card for all Indians. It is given to citizens of India who are above 18 years of age, and supplements the ability to vote in all the elections. It can also be used as a Proof of Identity and as a Proof of Address.

However, owing to the rise in corruption, creating fake Voter ID cards has become very easy. All that you have to do is supply a photograph of a person who is no more a citizen of India (he is either deceased or has left the country), other fake details and a measly amount of Rs 200. The people who make these fake voter IDs stick a fake hologram and stamp using a duplicate rubber stamp. Laminate this fake ID, and you will never know the difference!

Related Post which might help you in getting voter id card: How to get Voter ID Card Verification Online 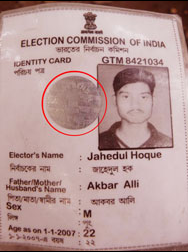 Why are Fake Voter IDs created?

Sometimes, agents simply want to earn quick money. So instead of submitting it to the electoral office, which will take days, they will make fake Voter IDs and give it to you in returnyou’re your money.


What can we do to Avoid Fake Voter ID Card?

It is a matter of concern for common man. This is because you never know when someone else has used your details from the electoral roll of a constituency and has created a Voter ID card to suffice his illegal motives. Also, chances are that you pay them money for creating a voter ID in return for a fake and unusable one! 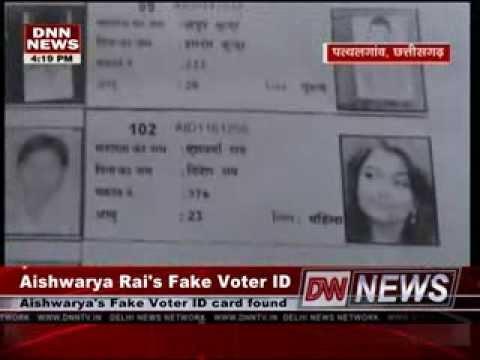 From time to time, the police or journalists keep busting fake Voter ID card rackets. However, it still persists. To avert the problem of Fake Voter IDs, it is immensely important for us to take certain steps.